Based in the Sacramento, CA area. 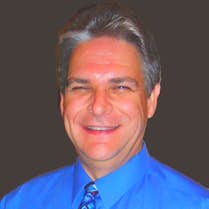 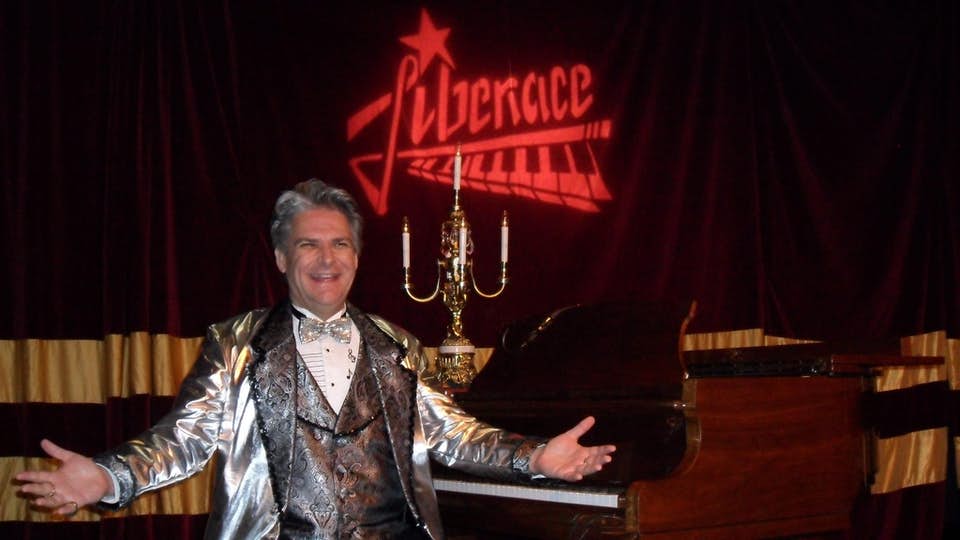 Has performed with The Shirelles, The Ink Spots, The Lettermen, The Diamonds, Johnny Counterfeit (Nashville Entertainer of the Year), Big "Tiny" Little, Myron Floren (and many other Lawrence Welk Show stars), and Sally Rand (world famous burlesque fan dancer), as well as showcasing artistry on both Piano and Dixieland-style Banjo.

He has performed with The "Beez Kneez", "Cats-n-Jammers", "Cell Block 7" and many other top Dixieland Jazz bands.  John was long-time musical director for the "Dean-o-holics", a Rat-Pack tribute revue show that performs throughout the country.  He also has played in many society dance bands including, "Sensible Sounds", "Frank Oddo Combo", "Nu-Tones", "Jay Paulus Society Band" and several other ballroom-style dance bands, as well as his own "John Wilder Show Band", which frequently backs headline entertainers, as well as elaborate stage show productions.

Recently, John was back as musical director for a season with the "Dean-o-holics" Rat-Pack tribute band, and he also performs at special events for Sutter Street Theatre in Folsom, CA, where he was musical director for over a decade.  He performed as Liberace in a tribute show entitled, "Liberace Presents" which was so popular that it was brought back for two additional show runs, and is being considered for another featured run in the near future.  John spent two seasons starting in 2018, playing as a headline entertainer at "California's Great America", a Cedar Fairs theme park in Santa Clara, right in the heart of the Silicon Valley.  He was featured on a spectacular New Orleans style float, playing a purple grand piano and providing musical accompaniment for jazz singers on the balcony of the Orleans Place area of the park.

John loves to entertain on piano or keyboard for private parties and corporate events throughout Northern California.  If you need a Concert-Quality performer to entertain at your next event, contact John today! 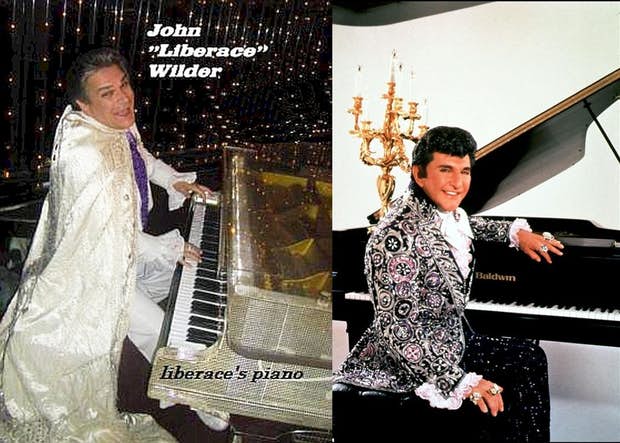 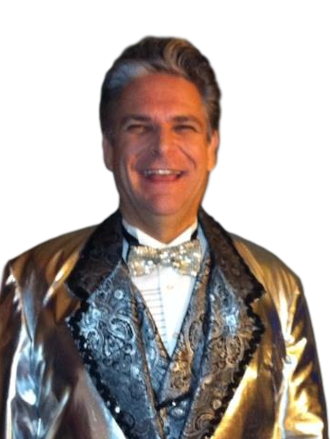 John featured as Liberace, playing a show on

Liberace's piano at his Restaurant in Las Vegas, NV.

The actual Liberace in concert. 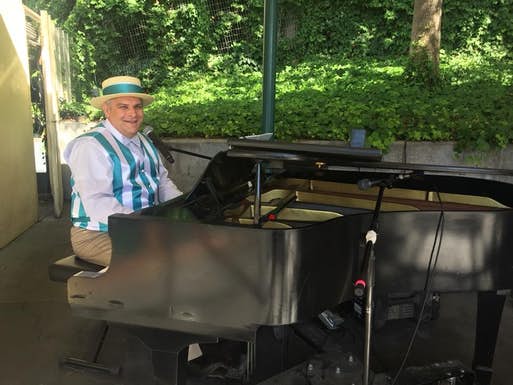 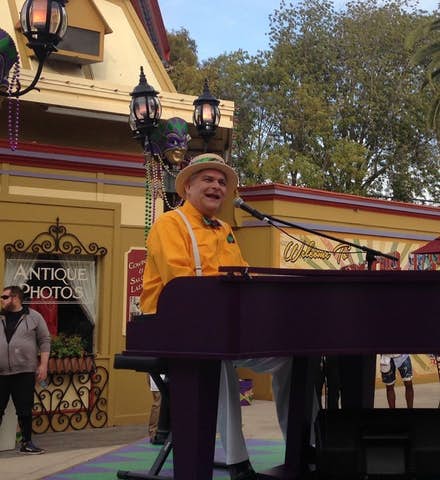 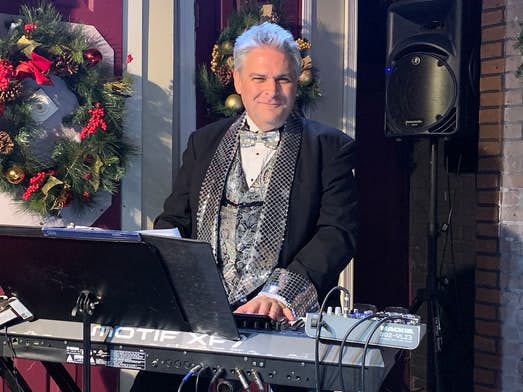 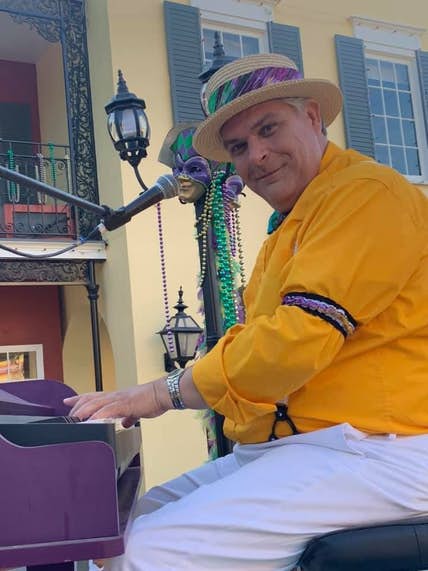 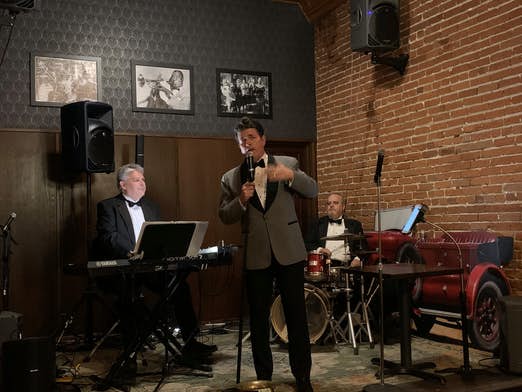 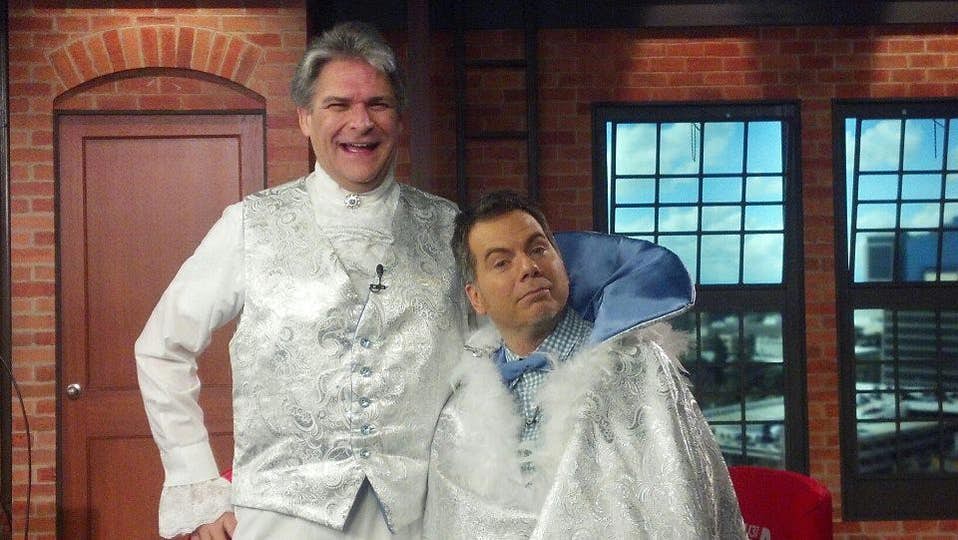 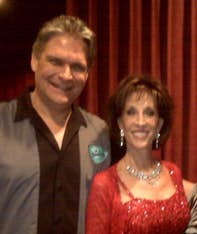 Enjoyed meeting the real Dean Martin's daughter, Deana Martin. She is a powerful entertainer, and just as nice as can be!

Playing on a float in New Orleans Place, complete with a purple grand piano is so fun!  Great America, 2019.

Our "Liberace Presents" show landed us a spot on Channel 31's "Good Day Sacramento" TV show!  Just so happens that the show anchor is a huge Liberace fan!  I think he was more excited to wear the cape than to actually do the show. 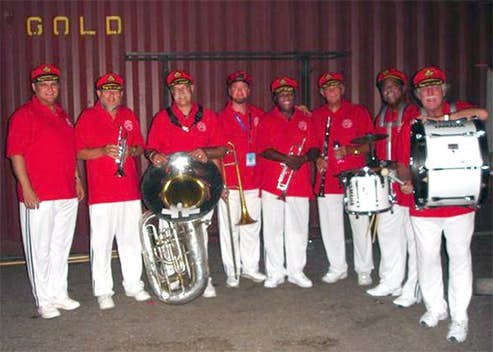 Our band at the Red Sea Jazz Festival in Eilat, Israel.  We replaced Preservation Hall Jazz Band as the headliners of the Festival.  SOLD OUT! 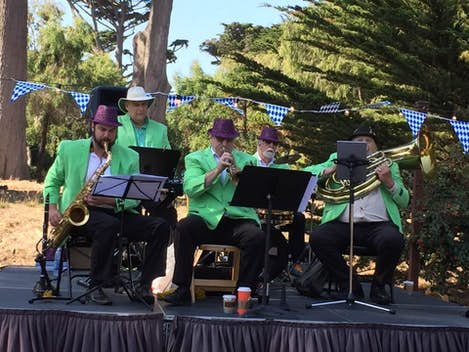 So many fun gigs!  Playing Oktoberfest music at San Francisco Zoo in 2017 got us a fabulous gig at the Nugget in Sparks, NV in 2019!

Backing Alfredo Miller as Sammy Davis Jr.  Alfredo is a long-time entertainer at Universal Studios, Hollywood in California, and he performs worldwide.

Your email address will not be added to any email marketing list by using this form.

Based in the Sacramento, CA area.  Serving Northern California and more.